Our Seattle facility is located at King County-Boeing Field International Airport, one of the busiest primary general aviation airports in the U.S. and is just 15 minutes from Seattle’s vibrant downtown. Our expert staff can accommodate any and all aviation ground services your aircraft may require, including fueling, overnight parking or hangar space. 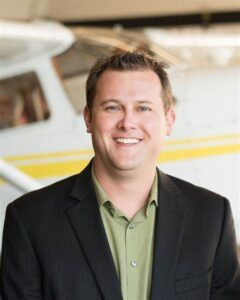 An FBO industry veteran, Scott Helms brings some 20 years’ experience to Leading Edge Jet Center. Mr. Helms began his career “as a kid” in Eastern Washington, fueling crop dusters and aerial firefighting aircraft (Air Tankers). His travels brought him to Seattle, WA where he worked as a Line Service Supervisor and later Line Service Sales Manager at Galvin Flying Services- then one of the oldest and most respected FBOs in the country. During his tenure at Galvin, Mr. Helms was named the Number 4 Best Line Service Tech in the Professional Pilot Magazine PRASE Survey. Later, Mr. Helms held the role of Customer Service Manager for successor FBO to Galvin- Landmark Aviation at BFI- before relocating to Houston, TX to become General Manager at Million Air. Through his customer-centric approach to management, Mr. Helms again earned praise from the readership of Professional Pilot Magazine who named his Million Air location the Number 7 FBO in the nation. In addition to his degrees in Air Traffic Control and Airline Dispatch, Mr. Helms is also a licensed pilot. 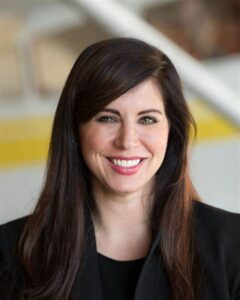 Voted as one of the nation’s best in the business by Professional Pilot Magazine, Ashely Folk’s FBO industry pedigree is outstanding. A career customer service veteran, Ms. Folk has nearly 15 years of FBO experience, beginning in the very front door of the FBO industry, as a Customer Service Representative with Galvin Flying Services in 2004. Later promoted to Customer Service Supervisor, Ms. Folk went on to become Customer Service Manager of successor FBO to Galvin, Landmark Aviation BFI. As part of her role with Landmark, Ms. Folk was part of the transition team members for FBO integrations, and ultimately continued with successor FBO to Landmark- Signature Flight Support at BFI- before joining Leading Edge Jet Center (Kenmore Aero Services at the time) in 2017. In addition to her role as Customer Service Manager, Ms. Folk acts as Assistant General Manager for Leading Edge Jet Center, assuring business continuity for its FBO clients.

LEJC is proud to be a first mover in the SAF space and to be the first facility in Washington state to offer sustainable fuel to its customers at our Seattle location. Partnering with Avfuel for an initial delivery of over 7,000 gallons of blended SAF capable of reducing an aircraft’s lifecycle emissions by up to 80%, LEJC is happy to support is customers on our collective journey to improve the environmental impact of aviation.

We offer a range of full service fueling at competitive prices, including:

As the only FBO at Boeing Field specializing in cargo operations, LEJC is your preferred ground service partner. From oversized cargo to palletized freight, be it single aisle or wide body, we coordinate your cargo movement with specialized equipment and well-trained employees. From a forklift to a K-loader, be it midafternoon or well after midnight, we are your trusted FBO at Boeing Field.

Leading Edge Jet Center couples the expected services of a seasoned FBO with an unexpected level of care. As passionate supporters of both general aviation and business aviation, we offer both the lowest price on Avgas at Boeing Field for general aviation enthusiast, and bespoke concierge-level services for business aviation travelers. Our facility is newly renovated and offers relaxing common areas, Wi-Fi, and amenities designed to elevate your experience.

Ancillary ground services such as lavatory service, potable water, ground power, oxygen or nitrogen services, oil, cargo loading, and the international arrival handling are among our many offerings. And with our extensive local vendor relationships, we can help with the unexpected, such as unscheduled maintenance or aircraft detailing. 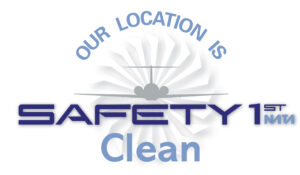 As airlines and airports, organizations and individual travelers seek to reduce aviation’s environmental impact, Leading Edge Jet Center is contributing to the solution by including sustainable aviation fuel (SAF) at its locations. LEJC is proud to be one of the first facilities in North America to offer SAF at its Seattle location. The production and distribution of jet biodiesel is growing, presenting paths forward to reduce our collective carbon footprint. Offering SAF is our commitment to helping customers reduce GHG emissions and helping to increase the supply of sustainable fueling to the broader aviation industry. 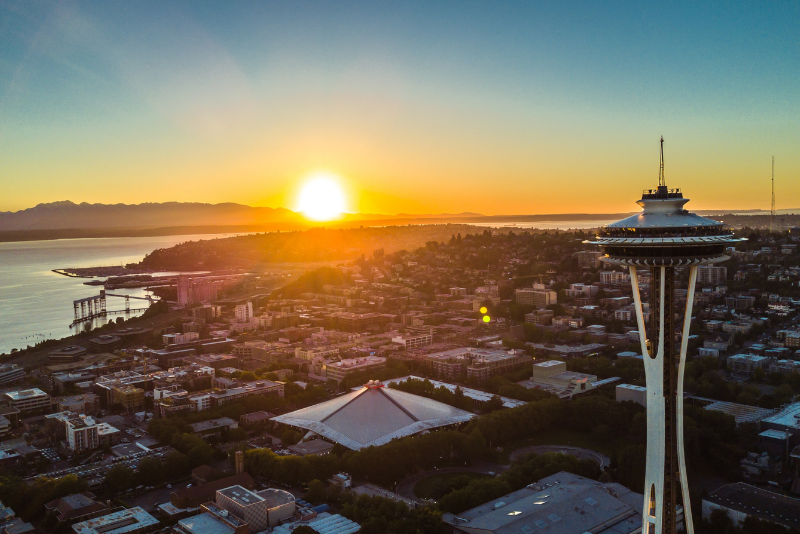 Experience one of America’s most diverse and culturally influential cities through a mosaic of attractions, including touring the Museum of Pop Culture, watching a show from the celebrated Pacific Northwest Ballet, or apricating the tranquility of the Seattle Art Museum. Hop on the city’s monorail, a relic from 1962 World’s Fair, and see the iconic Seattle Space Needle tower, or take a stroll through the famous Pike Place Market while enjoying a fresh coffee from one of the city’s many renowned roasters. Whatever your interests, this vibrant city’s year-round host of festivals, concerts and events has something for everyone.
Discover Redmond
Discover Bend
Discover Seattle